THEIR DANCE CHALLENGES THE LAWS OF GRAVITATION

"Try jumping up and doing a mid-air move, then landing on the ground right on your knees, jumping up immediately, and doing it over and over again! Do a spin, standing on tiptoe in soft boots, so fast that no one can see your face. And then immediately drop to your knees and circle the perimeter of the stage.

At the same time, beguile the beautiful ladies who calmly and coquettishly look at your courageous dance as you seek her favor.”

Immediately after its foundation, the dance group "Sukhishvili" began to give guest performances all over the world, which surprised the people of many nations of the world.

Over 90 million viewers have seen her live shows - and she's enjoyed her success for more than a century.

The group has about 300 performances a year. Several million spectators attend their feats in sold-out houses in over a hundred countries around the world, where, despite the difference in language, one reads with pleasure the name of the Sukhishvili group, whose concerts never let the audience go home without striking and fiery emotions.

This is how they say and write about Sukhishvili in the media:

"It's not a dance, it's a flight", "The eighth wonder of the world", "The best show on Broadway", "Magic from Georgia", "One time phenomenon", "Dangerous dances of Georgian men", "Just perfect" , "A Valuable Folk Dance in Classical Garb" etc. Daily Mirrors (UK)

“The Georgian artists are perfect. This is not a dance, but a flight. A storm on stage.”
New York Post (US)

"Two and a half hours pass like seconds before you can decide what to watch with the greatest attention, what you are enthusiastic about - music, extremely beautiful costumes or the unbelievable technical perfection of the dancers".

100 dancers and 2500 costumes in one performance

The costume collection of the Georgian National Ballet Sukhishvili includes a variety of traditional costumes for more than 150 dances, all the costumes are made of an exclusive natural fabric and decorated with embroidery, painting, appliqués, glitter and stones... At the beginning, the costumes were made by the famous painter Soliko Wersaldze (1908-1989), the current costume designer is the artistic director Nino Sukhishvili.

Special mention should be made of the ballet orchestra, in which exclusive musical instruments were collected. The musicians master a special playing technique that cannot be taught in any music school, it is passed on from generation to generation. 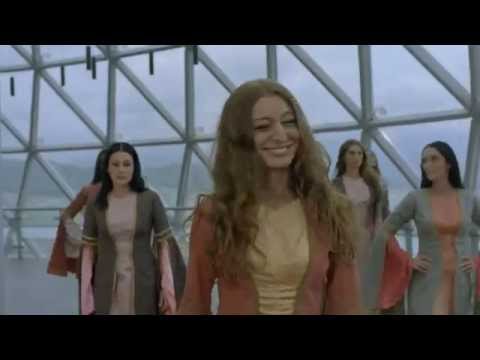